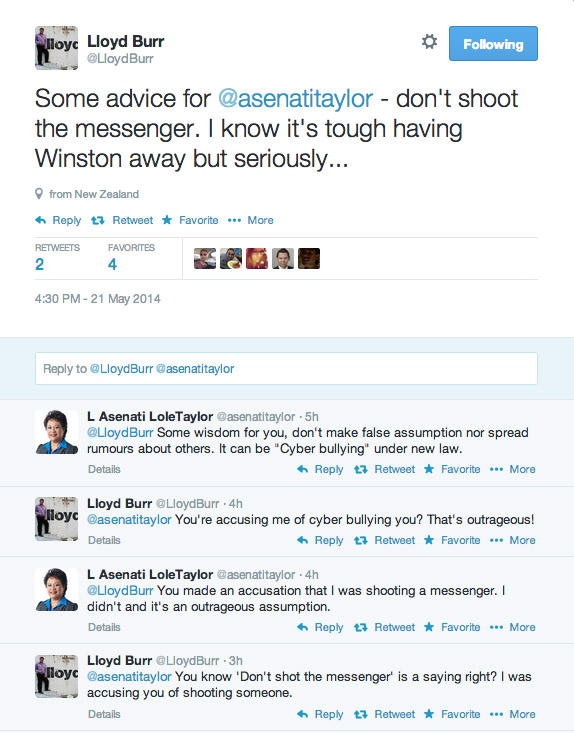 This conversation was drawn to my attention by a tweet from Laura McQuillan, since Asenati LoleTaylor still has me blocked.

Apparently the story behind this is that after Brendan Horan’s speech in the House yesterday, about allegations of misuse of Parliamentary funds for party political purposes, the Press Gallery where doing their job, and caught up with the NZF caucus left the House. Lloyd sent this tweet as a reminder to Asenati about the role of the Press Gallery.

If you are an MP, you should have a fair idea of the role of the Press Gallery, and know that in may cases they will repeat statements to you that you don’t agree with, but it is part of their job to help get your reaction to what is happening. Sure Asenati may not have English as a first language, but if that is the case she should seek clarification if she is not sure about the meaning of a term of phrase, before launching into accusations of “cyber bullying”.